Over the past several months, electricity and natural gas prices across Europe have spiked. The recent increase has placed incredible pressure on governments, regulators, suppliers, and consumers. While there have been many justifications for the recent price rise, in truth, it is a confluence of several different factors creating the perfect storm.

How COVID and Severe Weather Have Impacted EU Energy Prices

The story really began last winter. Europe suffered a severe winter season and, as a result, exited the winter period with depleted natural gas in storage. In general, this by itself is not an uncommon event. However, natural gas flows from Russia were lower than in prior years during the spring and summer seasons, resulting in reduced replenishment of natural gas reserves.

Economic activity rebounded during these seasons as COVID-related restrictions were lifted. These factors together elevated gas prices, but to compound this problem, Europe also suffered from lower than usual renewable electricity generation due to below-average wind and solar activity.

Reduced renewable generation forced electricity suppliers to ramp up gas-fired generation, placing additional pressure on stretched gas supplies. Moreover, the reintroduction of gas-fired generation caused suppliers to purchase more EU carbon allowances (EUAs), which were already at elevated levels due to reduced availability as the region attempted to accelerate its decarbonization targets. As the months rolled forward, natural gas and electricity prices remained at heightened levels, but with winter only a short few months away, markets began to panic.

As a result, elevated prices went parabolic. In recent weeks, we have witnessed electricity and gas prices hit levels not seen in decades. In short, low natural gas storage levels, reduced gas flow into the region, increased demand from the COVID rebound, elevated EUA prices, and reduced renewable electricity generation have all conspired to create the perfect storm.

The Main Issue and Potential Solutions

In viewing this situation dispassionately, there is a risk that the region's energy infrastructure could be stretched should the coming winter be severe and/or extended. However, this has yet to occur, and the market is currently acting on fear of this potential outcome. There are still several more weeks before the start of winter, and as such, markets could and should stabilize as we draw closer to the winter season and more insight into the region's weather forecast.

In our view, there are three pathways to break this current narrative driving the energy markets.

The first is an increase in natural gas supplies in the region. In short, this would mean Russia increasing the flow of natural gas into Europe. While there is a possibility of this occurring with the final approval of the Nord Stream 2 pipeline, it seems unlikely that the region will see a significant boost from Russia in the near term. Furthermore, the possibility of Europe receiving more LNG from major exporters (Qatar, Australia, or the US) is unlikely as cargoes are in high demand, and the region is bidding against major Asian importers. Also, it is doubtful LNG exporters will increase supply to the market in the short term because developing the necessary infrastructure requires significant lead time.

The second is the EU making a significant policy volte-face concerning sustainability. Specifically, allowing countries to press into service idled non-renewable electricity generation plants – i.e., coal or other brown generation. Clearly, any exemption would be short-term but would also require support in the form of EUAs to offset the corresponding emissions increase. While this option would certainly alleviate some of the supply pressure by producing additional electricity, it is unlikely the EU would make such a dramatic change in its sustainability policy.

The final option is a significant reduction in overall energy demand. An adage in the energy markets provides "the solution to high energy prices is high energy prices." In short, high energy prices adversely impact economic activity, and declining economic activity means weakening overall energy demand. Should the region's energy prices remain at or around current levels for a prolonged period of time, there is little doubt that Europe's economic growth will be negatively affected. In the best-case scenario, Europe has a temperate winter that starts late and ends early, reducing overall demand for energy and allowing the region to endure the current situation, rebuild its natural gas storage, and restructure energy policies.

Worst Case and What We're Doing

In the worst case, the region suffers a typical (or severe) winter placing additional pressure on an already stretched energy system, and high prices negatively impact economic growth. As stated above, additional energy supply, either in the form of Russian gas or the short-term introduction of traditional energy generation, would alleviate the region's short-term energy challenges, but these options are improbable.

Although energy prices are currently elevated in the anticipation of a difficult winter, a harsh winter is not a foregone conclusion. We expect markets to stabilize in the coming weeks as weather is typically mild in autumn, resulting in a seasonal lull in demand. However, what follows will depend principally upon the region's winter weather forecast.

NUS's international offices are closely monitoring developments and will provide further analysis and commentary on the state of the market.

For more information on how we help businesses manage energy more efficiently, please contact us. 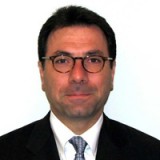