On Tuesday night, the green industrial revolution was given a giant push by Boris Johnson when he presented his Ten Point Plan to pave the way for the UK to reach its target of net zero emissions by 2050.

Mobilising £12 billion of government investment and aiming for three times as much from the private sector, the plan is to help create 250,000 highly skilled green jobs while also promoting the Prime Minister's mission to 'level up' across the country by putting the UK's industrial heartlands at the core of the blueprint.

The North East, Yorkshire and the Humber, West Midlands, Scotland, and Wales are the regions that will drive forward the green industrial revolution, generating green jobs and green industries in the future.

The Ten Points focus on clean energy, transport, nature, and innovative technologies by:

This plan builds on previous government investment over the last year, including energy innovation, greener transport (cycling, walking, and buses), and new flood and coastal defences.

It gives UK industry a clear message to invest in the UK's green industries and sets a marker for UK business operations regarding the need to consider their own carbon emissions.

This marks the beginning of the UK's path to net zero, with further plans to reduce emissions whilst creating jobs to follow over the next year in the run-up to the international COP26 climate summit in Glasgow next year. 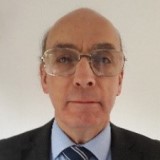