Following the deepest economic slump in three centuries, the U.K. economy is yet to show any meaningful signs of a sustained recovery. Looking at the most recent economic data, the U.K. only narrowly avoided a forecast double-dip recession at the end of last year.

Defined by two consecutive quarters of negative growth, the U.K. narrowly avoided the prospect of a second recessionary period as Q4-2020 UK GDP beat forecasts and rose by 1% quarter-on-quarter. Although welcome, there is little to celebrate. The U.K. economy closed the year 7.8% lower compared with the same quarter last year. Furthermore, the short-term economic outlook has been bludgeoned once more by renewed nationwide travel and trade restrictions is yet to be fully reflected. A closer look at the most recent economic indicators illustrates this point.

January’s preliminary U.K. output data, as reported by the Purchasing Managers Index (PMI), was woeful at best. Britain’s composite PMI index, a weighted combination of the country’s manufacturing and services output, fell at its fastest rate in eight months. A reading of 40.8 placed business activity 20% below what is required for a marginal expansion in the economy. Unsurprisingly, the service sector suffered the brunt of this contraction, with restrictions on trade and consumer spending labeled as the root causes. High-frequency data later confirmed these indications with consumer spending, a key component of aggregate demand, dropping 16.3% in January compared with the same month last year - the largest annual drop since the spring.

The labour market has struggled to fare much better. Unemployment climbed to a staggering 5% in the three months to November. However, due to the lagged nature of this indicator, this isn’t entirely reflective of the current state of Britain’s labour market. In fact, some forecasts suggest the current rate of unemployment is much higher, nearer 7%. What is even more concerning is that this is in spite of the governmental furlough scheme, which was still supporting 3.8 million jobs at year-end.

With the pandemic and associated restrictions taking centre-stage, it is easy to forget Brexit and that the U.K. is no longer part of the E.U.’s single market and customs union. Although a trade deal was struck at the eleventh hour, border issues have already begun to weigh on Britain’s fragile economy with about half of U.K. exporters experiencing difficulties.

The more optimistic view will highlight the expected short-term nature of the lockdown restrictions and argue that pent-up demand will see the U.K. economy recover sharply, even with Brexit inefficiencies. This view is unsurprisingly supported by private companies whose business expectations for the next 12 months are at their highest level since 2014. Indeed, sentiment has remained elevated, bolstered by the Covid vaccine’s promise of an early return to normal which, in part, has helped support energy prices at their elevated levels. However, the question remains: how long can this bullish narrative continue to support prices at their current levels?

Clearly, the economic situation as outlined is concerning. In addition, consumer confidence reversed into deeper negative territory in January. The level of pessimism felt by consumers now sits four times lower than before the pandemic began. Any decrease in consumer confidence tends to coincide with an increase in the nation’s household saving ratio, and with-it a cap on the country’s economic recovery. This was evident in the first half of the year where the U.K.’s saving rate reached a record high of 27.4%, whilst at the same time, the economy contracted by the most in three centuries. Although consumer confidence is expected to rise once travel and trade restrictions are eased, anything to the contrary will be supportive of a higher savings – and with pent-up demand reduced as a result.

Against this backdrop, we have yet to consider the inevitable tapering of fiscal and monetary support that has so far propped up the U.K. from a worse economic fate that would otherwise have occurred. Although the Chancellor of the Exchequer, Rishi Sunak, is unlikely to do anything rash in his upcoming March budget - it is only a matter of time until the current government support is gradually withdrawn, with the country’s corporate weakness being revealed in the process. The ‘fiscal cliff,’ as it has been described, is likely to bring a rash of insolvencies and yet more redundancies. It is therefore understandable that only 40% of Britons are confident about their job security.

So, what does all this mean for energy prices going forward? Clearly, the underlying economic fundamentals are not the only factor that determine U.K. energy prices. However, it seems likely that as the economic reality starts to hit home and the surrounding vaccine euphoria dampens, we should start to see U.K. power and gas prices soften to levels that are more reflective of the country’s current state of economic activity. As mentioned previously, Britain’s economy was still, as of Q4-2020, 7.8% smaller compared to the same quarter in 2019. Moreover, the further fallout experienced in January is not reflected in this figure, nor the subsequent months of virus restrictions ahead, nor the inevitable tapering of fiscal support. With such a sizeable economic contraction, arguably set to worsen in the near-term, power demand should remain suppressed, at least until a sustained and meaningful recovery is in full swing. It seems reasonable to assume, then, that a decline in energy prices is likely and with-it, we will see the disconnect between U.K. energy prices and the current economic reality tighten – all things being equal.

Understanding the various element behind energy price volatility is a key aspect in managing our clients’ energy exposure. By developing a Strategic Energy Risk Plan (SERP), NUS’ Markets, Trading and Risk (MTR) team enable our clients to manage these and other associated risks in a controlled and structured manner/fashion. With over 40 years combined experience in energy markets and risk management, MTR is well placed to provide the type of expertise necessary to deal with the different market influences impacting U.K. energy prices. 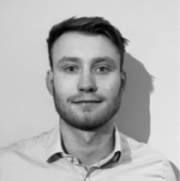