Poland saw its first EUA auction of the year last week, and prices settled at a considerable premium to the secondary market as the nation’s coal-heavy power generators rushed to hedge their emissions costs. The Polish auction contributed to the week’s overwhelmingly bullish narrative around carbon, driven primarily by a renewed appetite of institutional investors to bet on bullish price movements in the months to come. Oil also pushed higher, nearing $60/barrel, as the vaccine rollout promoted a more promising demand outlook, while global supplies continued to tighten. 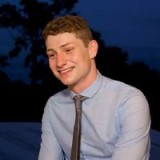