US natural gas inventories decreased by 171 Bcf for the week ending February 5, compared with the five-year (2016–2020) average net withdrawal of 131 Bcf. Working gas stocks total 2,518 Bcf, which are 152 Bcf higher than the five-year average and 9 Bcf lower than last year at this time. Analysts’ expectations had been for a withdrawal of 178 Bcf. For the first time in a few weeks, the weekly storage point was a bit lower than estimates. While the lower number helped stall the rally of the March contract some (it had hit an intra-day high of $3.045 earlier in the trading session) the market is more focused on what will happen over the next two weeks as the coldest air in three years is being felt in most major consuming regions. Early projections for the week ending 2/12 are for a withdrawal, possibly in the 230 BCF range.

With the coldest air being seen over the weekend and into early next week, the withdrawal figure for the week ending 2/19 could be a MONSTER! With storage inventories already shrinking the surplus against the five-year average and now already behind a year ago levels, traders are starting to speculate about how the end of season inventories will look by 3/31. Updated models project levels possible at around 1,500-1,600 BCF. In prior years when production levels were up, getting back to almost 4,000 BCF by 10/31 would not be a problem. BUT, with domestic production levels down almost 5% YOY and demand up thanks to LNG exports and pipeline exports into Mexico (not to mention the expected up-tick in cooling generation this summer as more coal and nuclear plants have gone off-line) getting to 4,000 BCF will be extremely hard. Gas producers are toeing the line of keeping their promise to Wall Street and investors to keep spending in check and not to over drill. Projections for storage entering the 2021/2022 heating season are in between 2,900-3,100 BCF. Even scarier is projections for ending of season inventories to be at 600 BCF by 3/31/22. 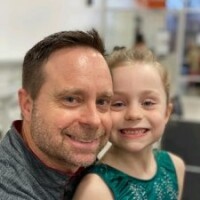