Despite improving weather forecasts, the price of the December 2021 NYMEX contract rallied to close at $5.447 on Friday. This is the highest the December contract has settled since 2018 and the first settlement above $5 since
2008. Prices for monthly contracts saw a similar move higher on low trading volume, resulting in most contracts through the end of 2022 rising over 6% on average versus the week prior.

In the first day of trading as the front month contract, January 2022 plunged 6.64% on the bearish weather news along with renewed fears of a new COVID strain dampening global demand forecasts. The price spread between the March and April contracts, referred to as the “widowmaker” due to its volatility, has decreased to less than $0.50 after reaching as high as $1.50 a month ago. This seems to be a sign that fears over end-of-season storage inventory levels are beginning to ease. If 30 and 60 day weather forecasts continue to show above-average warmth, expect to see further selloffs of the Jan/Feb/Mar NYMEX contracts. For more information about the natural gas markets and our price forecasts contact us.

For the week ending 19 November, the EIA reported a withdrawal of 21 Bcf from underground storage. Total inventories now sit at 3,623 Bcf which is a deficit of 320 Bcf to last year’s level but only 58 Bcf below the five-year average. Daily US dry production fell off slightly to an average 95.83 Bcf/d. While it appears that we’ll see another withdrawal reported this week, above-average weather temperatures forecasted for the first two weeks of December across the majority of the Lower 48 could result in a late in the year injection being reported. The NUS model shows a withdrawal ranging between 55 and 62 Bcf being reported on this week’s storage report. 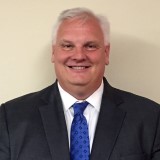 By Robert A. Heinrich

Robert is the General Manager for NUS Consulting Group US.

More Insights from Robert A. Heinrich