It has been in discussion for a long time, and time and again rumors cropped up that it might be delayed (again), but it now seems reality has sunk in, and the consequences may be considerable.

Yesterday, it was announced that Engie Electrabel is facing the fact that the age of nuclear power in Belgium will end in 2025. As a spokesman from Electrabel put it, it seems clear that the Belgium government is going ahead with the planned end of nuclear energy in the country. As a result, Electrabel is making the necessary preparations.

Electrabel has made a logical business decision. If it had decided to continue, it would have to invest tens of millions in Belgium’s nuclear reactors to extend the operational capacity beyond 2025. With no regulatory certainty on the horizon, Electrabel is preparing for what seems to be the final bell for nuclear power in this country.

The decision to end nuclear power in just a few more years is likely to have considerable consequences for Belgium consumers, both in the business and private sectors. Aside from the decommission and dismantling costs of the nuclear reactors, the replacement of this generation capacity will be a matter of urgency. The most likely scenario is that more gasfired generation units will have to be built since nearly 50 percent of Belgium's generation comes from the existing nuclear plants. This will most likely lead to higher carbon (CO2) emissions costs, which will undoubtedly be passed on to customers.

And the new connection with Germany? Well, experience shows that increased demand causes prices to rise. By how much will largely depend on the demand and available generation within Belgium. However, one thing seems certain - Belgium is headed for price increases down the road that could be considerable.

Last, but most certainly not least, thousands of jobs are likely to be in peril. Not good news for a country already expecting significant job losses due to the current Covid-19 pandemic. Developments such as these remind us how important it is for businesses to professionally manage their energy requirements to navigate a rapidly changing business environment. 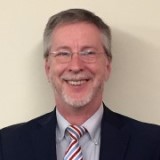 Allyn Rieke is General Manager of NUS Benelux and he masters four languages (English, German, Dutch and French). A veteran of the energy industry, Allyn has spoken at energy conferences for large industrial users in Germany and the Netherlands on weather derivatives and other financial hedging products.